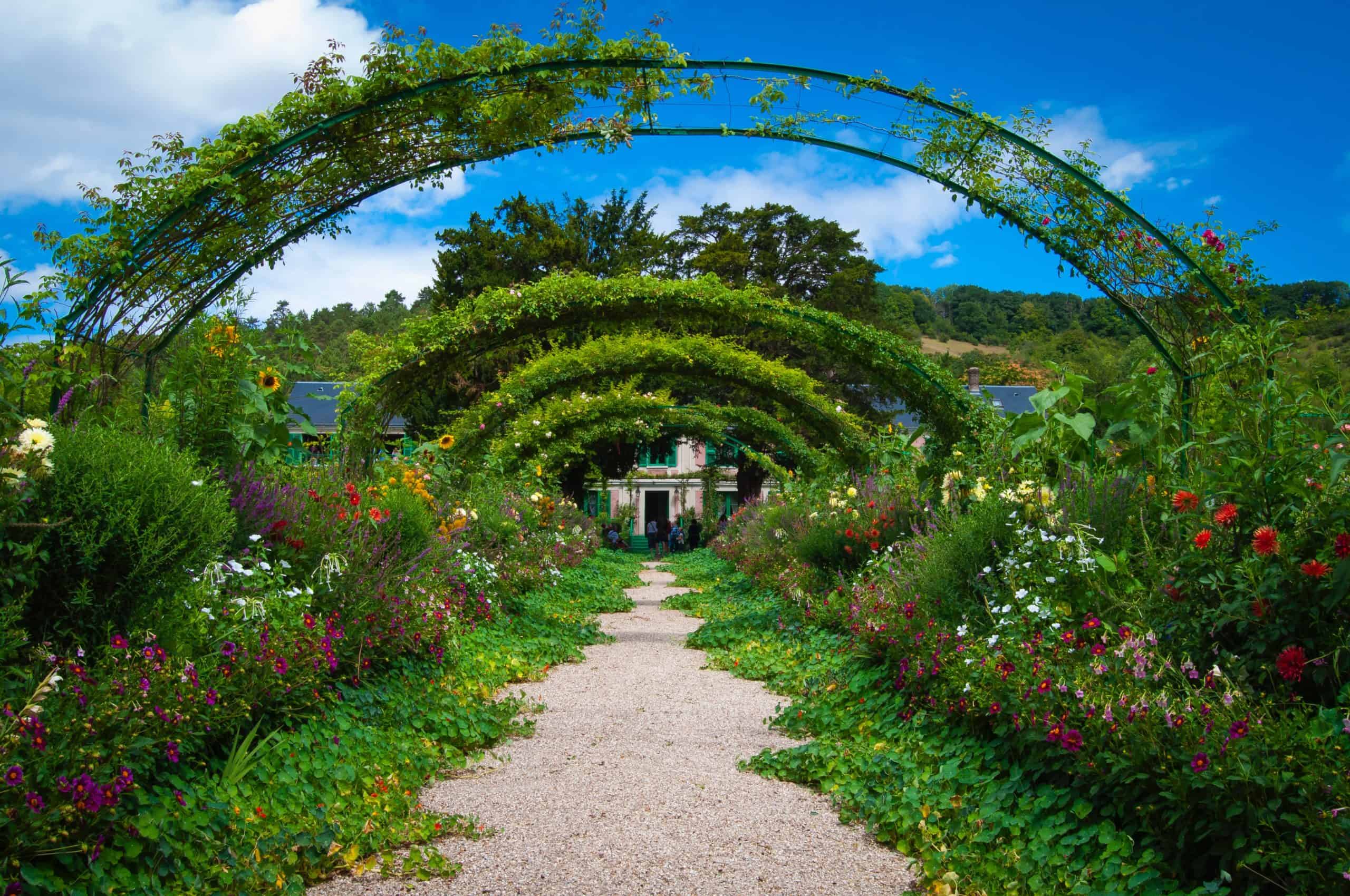 Claude Monet, whose first name was Oscar, prefers to run the cliffs only to sit quietly on the school benches. Born in Paris in 1840, the young child grew up in Le Havre where his parents came to live. Very diligent in drawing, he begins by making portraits-charge of notables of the city. Studies do not interest him.

“The college has always made me feel like a prison and I have never been able to live there, even four hours a day. Like Émile Zola, Monet did not have a bachelor’s degree. Although the artist was never considered an intellectual or a theoretician, this did not prevent him from being a great reader, as evidenced by the beautiful library kept in his house in Giverny, Normandy.

In 1868, the artist goes through a period of lean cows. Married to Camille Doncieux, the couple has a little boy named Jean, born the year before. Monet’s painting was not successful at the time, and the painter’s father refused to give him financial help. The situation is so desperate that Monet throws himself into the water of the Seine, determined to finish. Fortunately, it was a failed attempt. Just after this tragic episode, Claude Monet finds the support of his friend Frederic Bazille, a painter like him, which allows him to leave the depression.

“I am broken, I cannot stand it anymore, and I had a night full of nightmares: the cathedral fell on me, it seemed blue or pink or yellow”, writes Monet in 1892 while he realizes his monumental series dedicated to Rouen Cathedral. Claude Monet was anxious and dissatisfied. He has often destroyed paintings. This unknown trait of his personality is very clearly reflected in his correspondence. When he paints, he goes to take extreme risks, at the edge of a cliff or in the snow in the cold. “What it makes me suffer, painting! He summed up.

Sacha Guitry, Monet’s friend and host of Giverny, sums up the painter’s eating habits: in the morning, before putting himself in front of his easel, Monet likes to swallow a grilled andouillette and drink a small glass of white wine! Curious habit. Monet gets up very early, around 6 am, and he is very much on the schedule: lunch at 11:30 and dinner at 7 pm! Meals are for him the most important moments of his day, spent tirelessly with his brushes in the workshop or the flower garden of Giverny.

He Has Never Seen His Water Lilies

Claude Monet died in Giverny on December 5, 1926, a few months before the official inauguration of his large decoration on the theme of the Nymphéas at the Musée de l’Orangerie. Georges Clemenceau, his close friend and the initiator of this project, is sorry. Clemenceau had naturally attended the funeral of Monet and he had this famous word while a dark cloth covered the coffin of the artist: “No! no black for Monet “. Instead, the politician would have been looking for a cotton canvas with floral patterns. The impressionist, indeed, will remain forever in the minds as the master of color and effects of light.