Top 7 British Artists in The History of Art 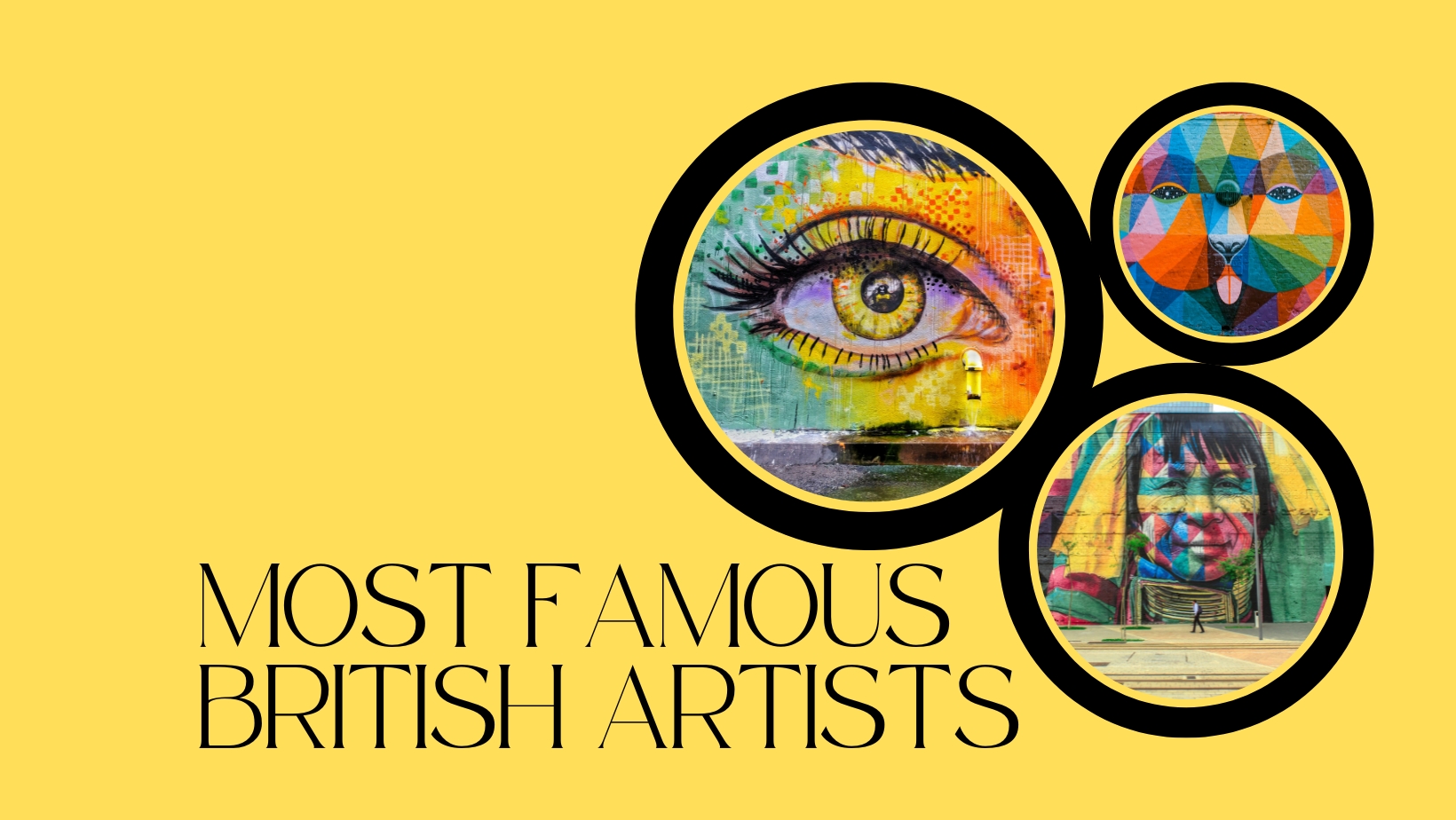 Over the past few decades, British artists have made an enormous contribution to the art world. They have conquered the art world by significantly impacting European and global art evolution. Even people believed that they had introduced contemporary art. No one can deny their remarkable efforts in every facet of the artistic landscape and their influence on today’s art forms. They have distinct characteristics and interpretations of their art pieces, making them unique and infamous worldwide.

British Artists From the United Kingdom

Artists from the UK have helped chronicle history and spread positivity with their masterpieces. They are the most influential personalities in the world because of their constant input in one of the earliest forms of manifestation. Whether they are well-known for their painting, etching, drawing, or sculpting, renowned UK artists have preserved the art traditions by creating mind-blowing art pieces that have been admired and praised globally. Check out our list of the top 7 UK artists’ painters.

William Hogarth was born in London, UK. He was the first British artist who got recognition internationally and was famous for his moral and satirical paintings and etching. The main reason for his popularity was his series of paintings of Modern Moral subjects. In 1710, he produced his own engraved designs.

He started oil painting with miniature portraits called Conversation pieces. After the death of Thornhill, he founded his drawing school on a cooperative basis in 1734. He created an artwork called Sigismunda Mourning in 1759 over the heart of Guiscardo. William Hogarth died on October 26, 1764.

Joseph Mallord was born in London on Maiden Lane. He started painting when he was ten years old. Mallord worked as a reproduction artist in the famous Thomas Malton’s studio. His oil exhibits had gained a tremendous response. In 1802, Joseph was awarded full academician status.

Later his work advanced to topographical watercolor bits mixed with various oil art techniques inspired by his travel journey. He died on December 19, 1851. Joseph is considered one of the best romanticist artists because of his landscape paintings.

He participated in the establishment of the Royal Academy of Arts, which provides an opportunity for young artists to showcase their artwork. Joshua took his last breath on February 23, 1792.

Thomas Gainsborough was a renowned British landscape and portrait painter, printmaker, and designer. Through his contemporary fashion, he expressed the leisure and luxury of elite society. Most of his influential art displayed the idealized pastoral life on the rural side. His brilliance and passion for landscape influenced the British School of Painting.

Among the earliest landscape painters, Thomas showed an urban development proclamation through his landscape painting. In 2017, one of his masterpieces of a study sketch was one of the 26 drawings in the Royal Collection at Windsor Castle. He died on August 2, 1788.

John Constable was a British artist who began his art career by sketching the local countryside, waterfalls, and nearby mills. He once encountered George Beaumont, who let him see George’s award-winning paintings Hagar and the Angel, and Later Constable took inspiration from that.

He took a probationary course at the Royal Academy School and studied life classes and vintage Master painting techniques. Later, he became firm on painting, using rustic styles on full-scale sketches. After his work gained enough recognition, he was elected to the Royal Academy. At that time, he was 52 years old. John Constable died on March 31, 1837.

British artists Francis Bacon was born in Dublin but moved to London in the 1920s. He spent most of his life traveling, drinking, and gambling in Soho. He survived on a minimal budget until he got involved in the interior design profession. Meanwhile, he started doing oil painting for his clients.

In 1944 he got his first breakthrough with his Triptych Three Studies. We can find most of his work on oil on wood in diptych or triptych form, and also he featured many of his renowned friends. He received his inspiration from Pablo Picasso, Rembrandt, and original surrealist paintings. Bacon mentioned that he had destroyed hundreds of his paintings. Francis died on April 28, 1992.

Henry Moore was a pioneer in modern sculpture and is renowned as the most extraordinary sculptor of the 20th century. Modernism was an art movement considered a deliberate retreat from tradition and the use of advanced forms of expression. He was a great friend of Hepworth. Henry Moore’s breakthrough creation was a semi-abstract monumental bronze sculpture. His art form mainly abstracts the human body and mostly pierces hollow spaces. He was an international celebrity by the 1940s and strongly influenced many generations of sculptors. He died on August 31, 1986.

Undoubtedly, British artists have significantly impacted the path of painting history. The artists mentioned above have greatly contributed to the art world’s evolution, which was not identified before.